3D Modeling Company is the master technique for producing a 3D Digital representation of an object, surface, or anything. This is used for different industries which include movies, advertisement/commercial advertisements, video games, architecture, etc.

Anything can be created and rendered in 3D Modeling. The concept of 3D modeling creates a 3D image of an object by using special software. TIS is a 3d modeling company in India using the latest technology to make 3d models live and vivid. The Imagine Studio has the right blend of technical and visual expertise team to convey even the most complicated information/process in a simple and understandable way to the target audience. We provide quick, easy, and affordable 3D models in which you can access a variety of applications, we can compress design as required for your office or for anywhere.
We give you the charge to identify the errors earlier so that we can deliver you the best version of your project. We have a team of experienced professionals who know what exactly you want. TIS as 3d modeling company in India delivers the project on time with the quality for which we are one of the best organizations you come across. We always treat our client’s project as a priority like we are creating this for us.
TIS value time so we are one of the best places that deliver the project in less time. In the scenario of computer technology, 3D Modeling is widely used by gaming and another sector of industries as well. It is a process of developing graphical representation into three dimensions. There are a number of 3D modeling company India that work professionally to offer 3D modeling and other 3D services in the manufacturing and mechanical industry. Designing such models requires highly skilled and professional designers who can develop any sort of 3D model with great use of their experience and talent. A 3D designer uses various methods to create a high resolution of three-dimensional objects. The methods are polygonal, non-uniform rational B-spline or splines, and primitive.
Different modeling objects may require a different method; it all depends on the object type.

We elaborate on every technique to understand the basic concept of 3D modeling and its design. Hire The Imagine Studio as a 3d modeling company in India for your upcoming/existing 3d furniture modeling projects.

Furniture for your home or workplace, unfittingly arranged and inadequately sized often consumes more space than it should and looking awkward.

However, with the latest technology of 3D Furniture Modeling and rendering helps us to visualize how the furniture will look alike and whether it will fit in our home or workplace. Virtual 3d furniture design is crucial for manufacturing quality furniture, as they show a photorealistic view design with accurate measurement and litheness. 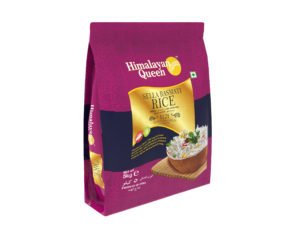 The technique of designing three-dimensional models is quite complex and involves a method of connecting a set of points with varied lines and curved surfaces in order to create a complete 3D model. It is largely benefited from gaming, entertainment domains and it also has applications in mechanical and manufacturing industries. A Perfect 3D model requires an advanced version of the 3D software which is specifically designed for three-dimensional modeling and animation.

It is a process of developing an object in a 3D format. Basic, as well as advanced technologies in polygonal modeling, including an action to connect the line segments through points and these points, are called vertices.In this method, 3D Modeling can be rendered quickly which makes it very useful. But it can not create the exact curved surface which makes it a less applied method in modeling by the designers.

The Imagine Studio is one of the dominant 3D modeling company India where all your imaginations are converted into 3D models and animation. We are fascinated by our work and enthusiastically design the steep quality of 3D gaming models, 3D character animation, 3D interior design, 3D exterior design, 3D architectural, 3D cut-models, 3D landscape, 3D stall design, 3D automobiles 3D medical and other machinery models, etc. We have a team of elite 3D designers who have good experience in 3D design. They have the capability to creatively develop high as well as low poly models as per the requirement of our client.
We also have achieved more than 10 games for the gaming company according to the client’s script. The Imagine Studio as 3d modeling company in India provides high-quality 3D electronic modeling services. We are a firm totally committed to the best and qualitative work approach, creative with innovative Design ideas. Following are a few 3D Modeling tips and tricks a 3d modeling company in India should always keep in mind before initiating a new task.

Modeling Tips and Tricks
3D Modeling Tips and Tricks, Before starting with your model it is very necessary to plan your model first, like in management, planning creates a bridge between where you are and where you want to reach. Half of your modeling task gets completed if you plan it efficiently.
Plan Your Model
Sit, think and plan the big picture. How you want your model to move when it’s in motion – Think it! Get some reference materials from your competitor’s websites, pictures, movies or another medium. Pen down your imagination on paper, just sketch it. Keep your model as simple and presentable as possible. Try to keep your model as simple as possible because extra usage of polygons, mesh smooth can create a problem while rigging your character, so if you have big plans with your models keep it simple initially!
Organize your Folders
Keeping your textures and files on a Desktop is a bad idea. It is very necessary to organize your folder and keep all textures and stuff in the subfolders because moving your textures and files can affect your Materials, no matter in which software you are working on. Learn the keyboard shortcuts. Learning the shortcut keys can reduce your working hours to a great extent. You will end up in frustration if you keep on moving the mouse to search your tools and commands to save your file. Following are a few 3D Modeling tips and tricks a 3d modeling company India should always keep in mind before initiating a new task. Modeling is just like managing things! It is recommended to make several copies of your file because sometimes in the case of power failures the software gets corrupted and you may lose all your data altogether. You should always name your objects while modeling as it becomes easier for the texturing artists to give textures to your objects when named. Some software provides you with layers, make efficient use of those layers.  Hope these 3D Modeling Tips and Tricks Helps you in near future. We as 3d modeling company in India develop high poly 3D Print Models which have high polygon counts and provide better results and high-resolution 3D models. Our team of experts has knowledge of working with various tools such as ZBrush that are used to develop high poly models.
Non-uniform rational B-spline 3D Modeling.
It is also known as the NURBS technique and is widely used for developing smooth curves and surfaces of the 3D models. It provides great flexibility to the 3D modeling section and is used often as it is known for creating complex objects. This is the simplest method of 3D modeling which involves the use of basic geometric shapes like cubes, cones circles, spheres, etc, and modifying their shape to develop a 3D object. It is the most common method used by designers. All the valuable 3D modeling company India follow these methods to cater to their client with the best 3D service.

what clients say about
our services

Read our client's say how we've worked together to create impact.

I have been very satisfied with the quality of work produced by Sanjay. He has been very responsive despite the time difference, and the work is of a high standard.

Sanjay is great to work with. Very attentive to any changes you may need. Highly Recommended. Sanjay has done a great job in fixing issues with my current site. Very accommodating and flexible to implement solutions. Thank you very much.

Our organisation had used the services of imagine studio for a 3D walk through of a society. Their quality was very nice. The render quality was high and we didn't feel anything missing in the look and feel of the video.

I am extremely happy with the way it has come up with my website. Undoubtedly they helped me way beyond and got my website the best interface i could imagine for it. I really recommend The Imagine Studio to people who are looking for great website developers.

The imagine Studio understood what I wanted to have. Good communication. The studio provides top technical skill. It is really a pleasure to work with. Work is top quality. Fine !

Sanjay is great to work with. Very attentive to any changes you may need. Highly Recommended.

The imagine Studio understood what I wanted to have. Good communication. The studio provides top technical skill. It is really a pleasure to work with. Work is top quality. Fine !

Ready to get started?

It's fast, free and very easy!

Get a free consult

Get A Free Quote

The Imagine Studio is an India based web development/ 3d rendering company. Distributing high quality, cost-effective, reliable, and result-oriented solutions to our clients spreading all over the world.

Fill out the query form and our team will get back to you asap. 🙂